For more than a decade Vicente Bagnoli Advogados has being representing national and international companies and individuals before the Brazilian Competition Authority (CADE) in M&A´s, regulatory issues, cartels, leniency agreements, settlements, anticompetitive conducts and compliance in different sectors as banking, energy, telecommunications, foods, technologies and airlines.

Besides offering legal services in Competition/Antitrust, on the constant search to provide such service with excellence to businesses and individuals in the areas of their greatest need, Vicente Bagnoli Advogados celebrated association with boutique law firms or individual lawyers who provide advisory legal services in various complementary areas of Law, such as: Arbitration, Consumer Relations, Corporate, Criminal Law, Family Law, Intellectual Property, Labor, Public and Administrative Law, Real State, Regulation and Tax.

Vicente Bagnoli – the founding partner of the law firm – has PhD degree in Philosophy and General Theory of Law at University of Sao Paulo – Law School, LLM degree in Economic and Political Law at Mackenzie University – Law School and he was a Visiting Researcher (Pos Doc) at Max Planck Institute for Innovation and Competition – Munich. He is Professor of Law at Mackenzie University, one of the most well-known and traditional School of Law in Brazil, and Visiting Professor at the Department of Economics and Management of the University of Trento. As a scholar he has several books and papers published, a great part of it in Competition/Antitrust area. President of the Brazilian Bar Association – Sao Paulo, Sector of Competition/Antitrust (2013-2015); Member of the Board of Directors of IBRAC – Brazilian Institute of Competition; Member of ASCOLA – Academic Society for Competition Law; and Member of the board of directors of the Italian Chamber of Commerce – Sao Paulo/Brazil.

Vicente Bagnoli is also a non-governmental advisor (NGA) of the International Competition Network (ICN) and an active participant of its discussions and in the elaboration of the guidelines of the ICN and Special Projects. He was invited by CADE and joined the following Annual ICN Conferences: Moscow 2007, Zurich 2009, Istanbul 2010, The Hague 2011, Rio de Janeiro 2012, Warsaw 2013, Marrakech 2014, Sydney 2015 and Singapore 2016. He also joined the ICN Unilateral Conduct Workshop in Brussels 2010 and ICN Advocacy Workshop in Rome 2013. 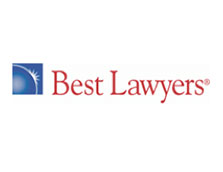 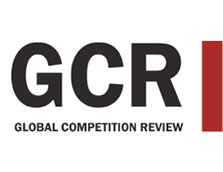 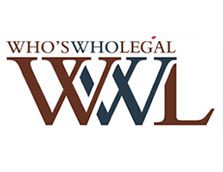 Who’s Who Legal: Competition / Global Competition Review World’s Leading Competition & Antitrust Lawyers described in 2014: “At his own firm, Vicente Bagnoli has an ‘extremely credible practice’ offering services in anticompetitive conduct, competitive audits and compliance for small to large organizations. He is ‘very good’ in the financial sector and a ‘well know professor’”. In 2015 wrote: “At his own firm Vicente Bagnoli boasts a ‘stellar reputation’ and is a ‘prominent figure’ on the market”.

State-owned Banco do Brasil, the largest bank in the country, has agreed a settlement with Brazil’s Council for Economic Defence (CADE) in its landmark investigation of exclusivity arrangements for the provision of payroll loans to civil servants.

The case is CADE’s first ever investigation of the financial sector. Banco do Brasil has agreed to end its exclusivity agreement and pay a 99 million reais (US$48 million) fine, 34 million reais (US$17 million) of which is for its non-compliance when CADE asked the bank to end the practice in September last year.

Civil servants’ salaries are paid into Banco do Brasil accounts. Payroll loans are granted by the bank to workers, and the bank then takes the money directly from their salaries once the civil servants are paid by the government.

As Banco do Brasil is the only bank through which civil servants are paid, it has exclusivity on offering payroll loans.

CADE opened the inquiry after a complaint was filed by civil servants’ association Fesempre, which will now be able to choose other banks to use for this service. Vicente Bagnoli, at Vicente Bagnoli Advogados in São Paulo, says the decision is an “historic achievement”.
CADE caused a stir when it announced the case as there is a long-running debate over when the agency should have investigatory powers over financial institutions. The Brazilian Central Bank is in charge of regulating the sector.
(…)

Use this form to find things you need on this site

You can add any HTML here (admin -> Theme Options -> Promo Popup).
We suggest you create a static block and put it here using shortcode